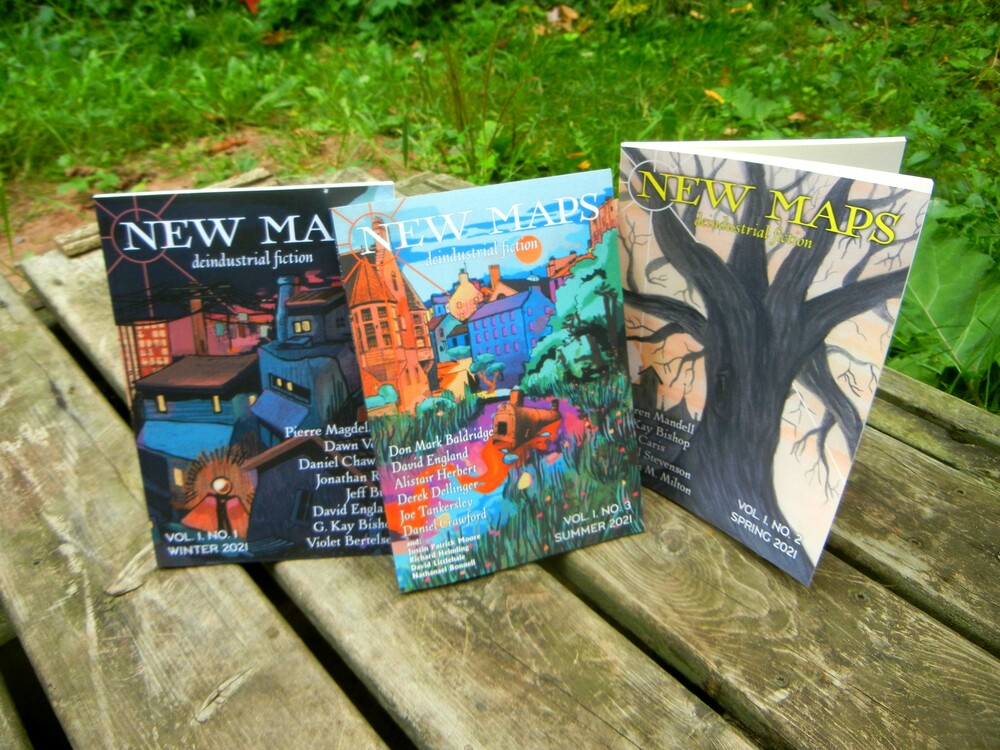 As the world faces the oncoming reality of declining energy, fraying infrastructure, and other consequences promised to us by the profligacy of the fossil fuel age, we’re left to look into a future that at first appears a trackless wilderness. The monocrop of globalized industrial civilization has handed down precious few frameworks that we can use to understand what it will be like to live in an age of less. It has dealt with its impending dissolution by closing its eyes and pretending it’ll never happen.

And yet if we’re to survive and even thrive in the future, we must have stories. For narrative is how we make sense of our world. The high-glitz fantasies we’re offered these days won’t be much ultimate help, though: visions of spacefaring utopias or serves-us-right armageddons are diverting and perhaps cathartic, but bear little resemblance to the futures we’re actually likely to get.

New Maps is a quarterly journal of short stories that take place in the Earth’s realistic future. Not a paradisiac or apocalyptic end of days, nor an easy continuation of the last few decades’ business-as-usual with somewhat different fashions, but an era in which our ecological and energy bills have come due, and we and our descendants have proceeded to do what people always do: figure out creative ways to keep doing all those things that make up life, the loving and hating and laughing and crying and all the rest, in the times we’ve been given.

This is fiction of real life in an age of limits—an age that, like every other, will mix the tragic and the comic and the who-knows-what-just-happened, and leave it to us to make sense of it all. This is fiction full of cobbled-together and home-brewed technology, reinvented culture with sacred cows butchered and new ones bred, and mourning and celebration of the old world’s end mixed with hope for renewed health and integrity within a homespun patchwork of new ways of life. 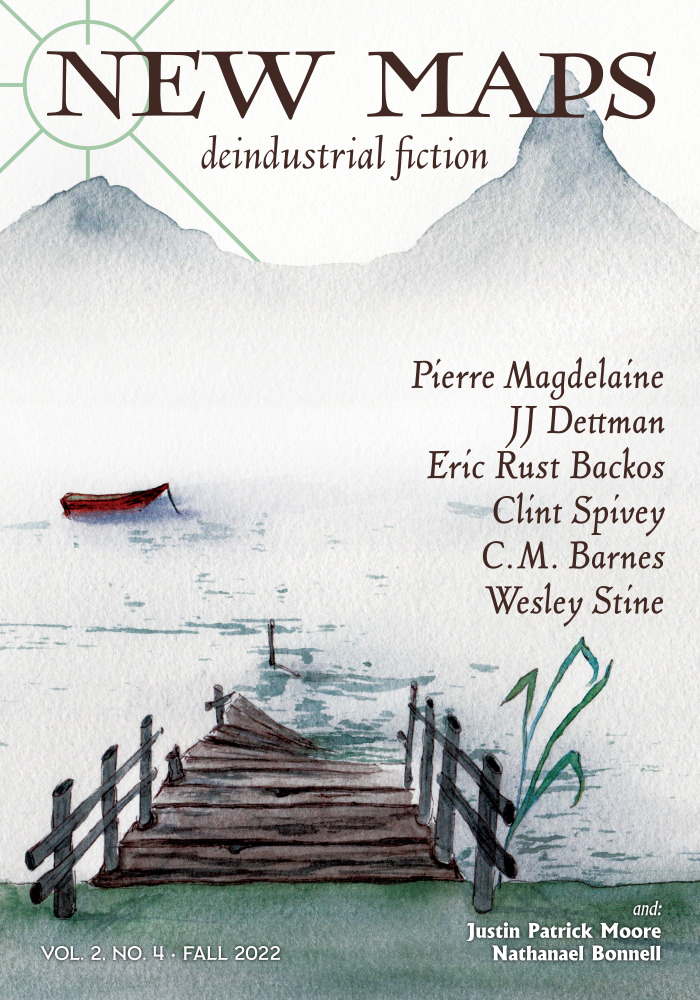 The Fall New Maps Is Out Now

The Fall 2022 issue is now available to order! Most subscribers should have just received their copies; if not, look for it in the next few days. If you’re not subscribed, get your paper copy at the order page, or an electronic (PDF) copy at the Payhip store]. 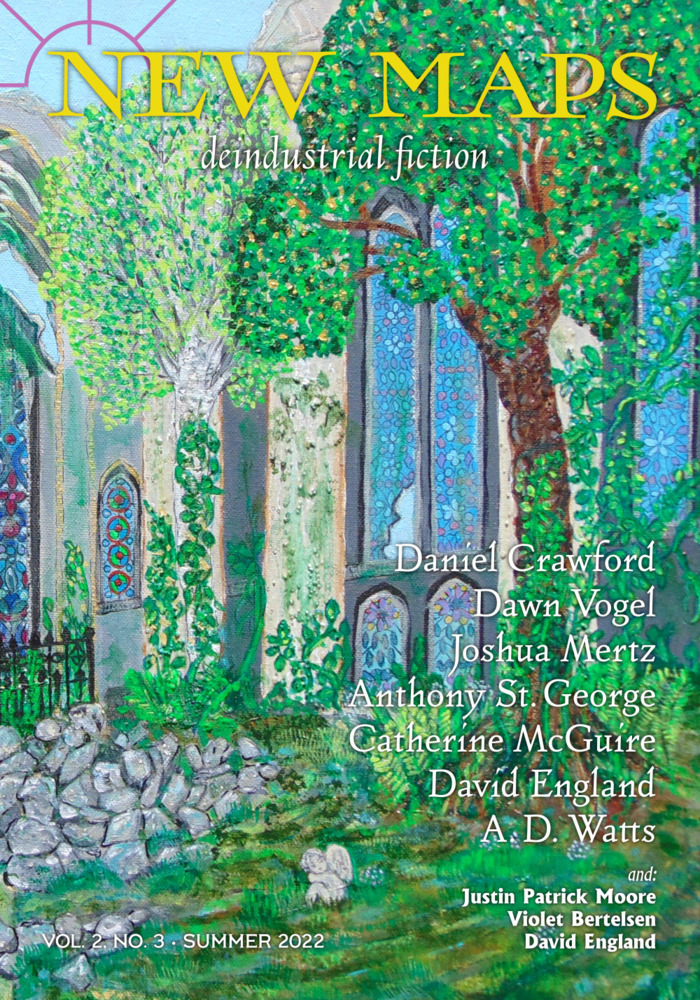 Do Deindustrial and High-Tech Sci-Fi Mix? The Summer 2022 New Maps

“Deindustrial” and “high-tech” may appear to be mutually exclusive terms. Even I thought so. But as I began making the selections for this issue, I discovered that not just one but several stories had arrived that meant I needed to revisit that assumption. After all: the future may rhyme with the past in some pretty notable ways, but it won’t look just the same. With the technology that exists here and now in the real world, people will go interesting directions in the deindustrial future, some of which might even look awfully futuristic. Not to mention that the people currently inventing tech that’s higher than anyone needs haven’t started running out of buyers yet, and who knows what strange devices will arise before the fossil fuel bubble’s pop finally reaches the workshops of the rich, insulated as they are against the real world? 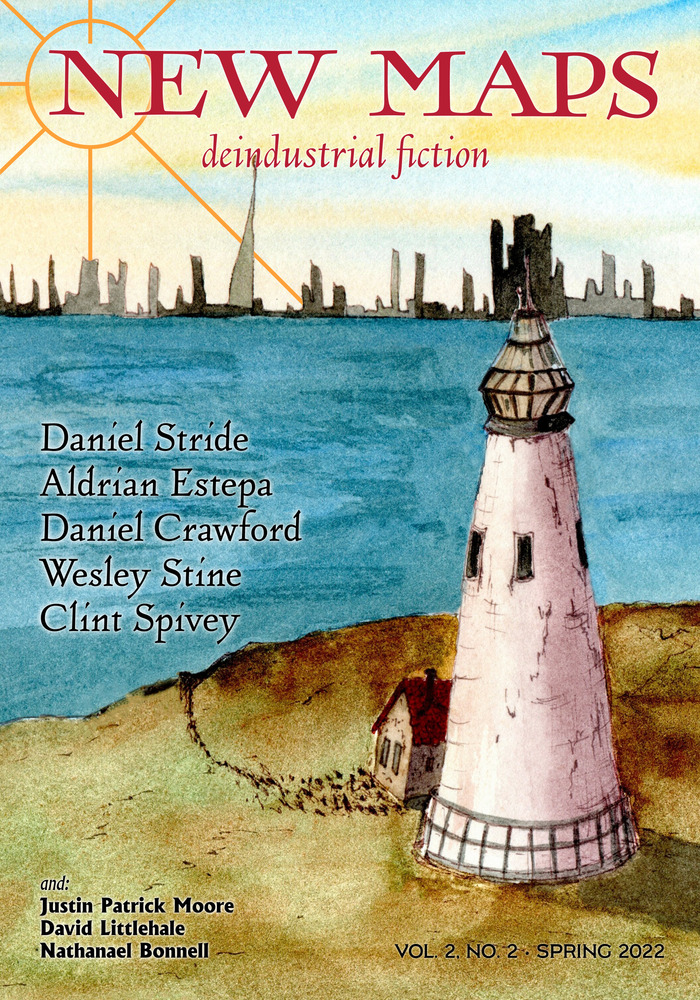 No snowshoeing to get this one to the post office, at least: the snow has receded, if only about a week ago. U.S. subscribers will be getting their copies of the spring New Maps within the next few days, and international subscribers a little bit later. If you aren’t subscribed, you can order your copy of the issue at our Order page.